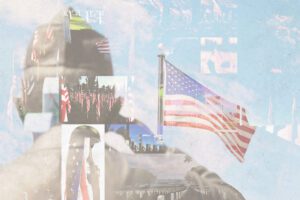 Memorial Day is the unofficial beginning of summer, and that means we are days away from summertime. It’s a time for a three day weekend that’s filled with parades, barbecues, vacations and celebrations across the United States.  But it is important to remember that Memorial Day also has a more significant purpose for being a celebrated federal holiday, and that is to preserve the memory of those who died serving the country.

Memorial Day means a three day weekend for many people across the country, but those three days may not be a party for all.  Previously referred to as Decoration Day, Memorial Day serves as a day to honor those who lost their lives while serving the country.  Decoration Day was a day for visiting the graves of fallen soldiers and decorating their graves with flowers and reciting prayers.

It all started with the American civil war. The civil war took place from 1861-1865 and is known to be the deadliest military conflict in American history.  It is estimated that 750,000 soldiers were killed from the war along with many other civilian casualties as well.  This left a need for cemeteries and prompted the establishment of the countries first national cemeteries.

By the late 1860s people across the country had already begun holding springtime tributes to the fallen soldiers and decorating their graves, with many cities and towns starting the year after the war ended.  100 years later, in 1966, the federal government declared Waterloo, New York, as the official birthplace of Memorial Day.  Two years later, in 1968, congress passed the Uniform Monday Holiday Act which established that Memorial Day be observed on the last Monday in May, instead of being celebrated on May 30th as it had been until then.  This was done in order to ensure a three day weekend for federal employees and took effect in 1971.

Many cities and towns across the country hold Memorial Day parades each year which often include military personnel and members of veterans’ organizations.  This includes the National Memorial Day Parade in Washington DC that will be taking place this year at 2:00 PM.  This parade will be televised and streamed online for those who wish to participate and can not go to the event in person.

There is also a National Moment of Remembrance on Memorial Day at 3pm local time where people are encouraged to stop and reflect on the meaning of the day and for taps, the distinctive bugle melody played at U.S. military funerals and memorials and as a lights-out signal to soldiers at night, to be played where possible.

Since the Uniform Monday Holiday Act was passed and put into effect, the holiday is also a chance to go outside and celebrate the beginning of summer.  This will often include pool parties as well as barbecues or even weekend trips out of town.

So while there may be many ways to observe the Memorial Day holiday, as well as the beginning of summer, it is important to remember the true meaning behind the holiday.  The country may not be perfect, but it is our home and we are here living in it today.  So whether or not you support the current government, or even the way the United States was founded, take some time this weekend to at least remember those who lost their lives serving this country in hopes that it would one day be the greatest, most fair and most free country in the world.

As Franklin D. Roosevelt once said, “Those who have long enjoyed such privileges as we enjoy forget in time that men have died to win them.”

This website uses cookies to improve your experience while you navigate through the website. The cookies that are categorized as necessary are stored on your browser as they are essential for the basic functionalities of the website. We also use third-party cookies that help us analyze and understand how you use this website. These cookies will be stored in your browser only with your consent. You also have the option to opt-out of these cookies. Opting out of some of these cookies may affect your browsing experience.
Necessary Always Enabled
Necessary cookies are absolutely essential for the website to function properly. These cookies ensure basic functionalities and security features of the website, anonymously.
Functional
Functional cookies help to perform certain functionalities like sharing the content of the website on social media platforms, collecting feedback, and other third-party features.
Performance
Performance cookies are used to understand and analyze the key performance indexes of the website which helps in delivering a better user experience for the visitors.
Analytics
Analytical cookies are used to understand how visitors interact with the website. These cookies help provide information on metrics such as the number of visitors, bounce rate, traffic source, etc.
Advertisement
Advertisement cookies are used to provide visitors with relevant ads and marketing campaigns. These cookies track visitors across websites and collect information to provide customized ads.
Others
Other uncategorized cookies are those that are being analyzed and have not been classified into a category as yet.
Save & Accept